We have this odd habit in education of discarding the nuggets of value in the old whenever we embark on the new.  My great nan, who had some first class sayings, would have called it 'throwing out the baby out with the bathwater.'

National Professional Qualification for Headship ran for around 15 years and was the first 'formal training' there has ever been for Headteachers.  There were a lot of pros: the discussion and role play, the networking with others from all areas, the chance to practice interview skills for an interview like no other, the mind gamey stuff (make all these tables into diamonds) the analysis of how we handled tough stuff.  It eventually evolved into something that was brilliant and effected such amazing growth.  The coaching element to it's final reinvention was fantastic and, alongside my nagging, completely changed AHT as a leader.  Headship has changed completely, there has been literally an exponential change.  It's one of those rare moments that I find myself admiring the visionaries at DfE,

Then there was new visions.  A chance to reflect and grow a year into the job.  All of us dealing with our stuff together.  Sharing ideas, across counties.  The rich diversity of views is still something that myself and my colleagues talk about.  Only the other day I found an envelope in which, in my first new visions session, I had written what I wanted to achieve in my school.  I dreamed big as ever, but 3 years on I have achieved every one of those aims.  That made my week better I can tell you! If we don't think big we only ever get small.

Then came the 'end of NPQH' press.  The damning figures on those who didn't become heads.  I have to wonder whether any of that was to do with NCSL, I suspect it was more to do with the very real chance of being out of a job associated with headship.  The criticism that it created 'text book' heads.  Only from 'text book' people.  And I would argue that those people will always be like that.  Not many text book people fancy this job anyway as a rule!

During the week I attended a meeting to talk about collaboration ideas.  As part of that a colleague reminded me about the tools provided by NCSL.  I have to confess to having had a bit of a sulk with NCSL.  When it became perceived as a government organisation and NPQH went by the by I put it on the back burner.  I wonder how many colleagues did the same.  However I went back onto the website that afternoon and renewed my membership (he is a very respected colleague!) Since then I am almost as fond of NCSL as Twitter!  There is such a lot of interest, and such a chance to shape change.

In my experience those in education that say, at most levels, that they have no voice tend to be the type that lack the proactivity to have one.  Or the positivity that make the voice one for the improvement of learning for children.  Well the NCSL is your voice.  Membership is free, there is a wealth of useful and inspiring information.  There is a circle of colleagues, always my favourite thing about NPQH. In fact I still see some of my learning circle.  There is the facility to use NCSL to set up a group for your academy, collaboration or federation.  So that we still stay linked together somehow.  I am very grateful for the vision of the colleague that reminded me of this.

Sometimes new research and initiative makes us as leaders feel we have to act. Group reading and APP reading have really affected reading in some very positive ways.  But they have also caused the end of class stories and fun reading in some cases.

We read at our school, I mean for fun.  Like a class story that the teacher reads or we spend a chunk of an afternoon pairing kids up to read together.  Look at the excitement on the faces of a yr R and yr 6 child as they they start the mr man book they have chosen together. 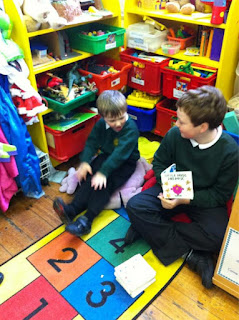